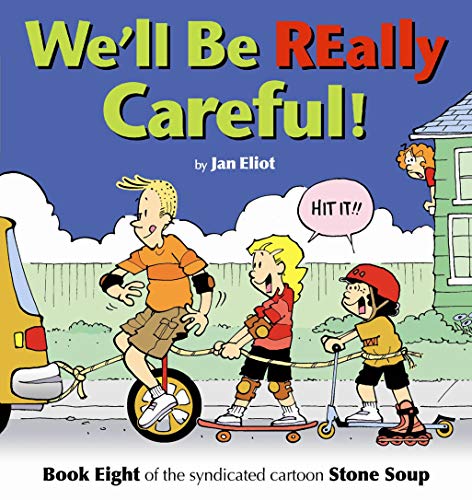 Reseña del editor This is the eighth collection of Stone Soup cartoons, which appear daily in 200 newspapers in the United States and around the world. The chaotic life of the extended, blended Stone family, headed by sisters who live next door to each other, is bared for all to see. Real-life, sympathetic, warm humor for all ages. Biografía del autor For Jan Eliot, cartooning started out as therapy and evolved into a career. Juggling life as a single working mom, she drew cartoons at night after the kids went to bed. In 1995 she launched the comic strip Stone Soup, which is loosely based on her family, friends and unsuspecting strangers at the mall. Stone Soup is syndicated by Universal UClick and appears in over 300 newspapers. There are currently 10 book collections of her comic strip available, the latest ""It Seemed Like A Good Idea At The Time"" published in 2014.