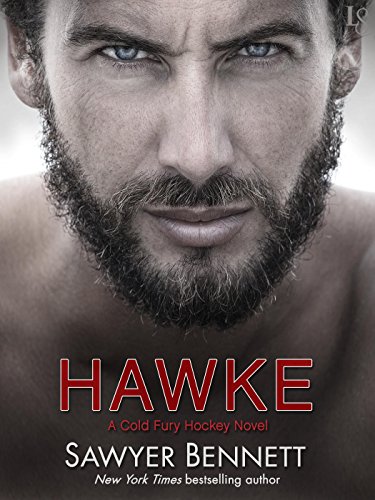 NEW YORK TIMES BESTSELLER • The Carolina Cold Fury hockey series continues as the team’s most notorious party animal gets blindsided by the one that got away.

Off the ice, elite defenseman Hawke Therrien enjoys his fair share of booze and good times. And why shouldn’t he? He’s worked his way up from the minor leagues and made himself a star. The only thing Hawke misses from that life is the pierced, tattooed free spirit who broke his heart without so much as an explanation. She’s almost unrecognizable when she walks back into his life seven years later—except for the look in her eyes that feels like a punch to the gut.

Vale Campbell isn’t the same girl she was at twenty. As crazy as she was about Hawke, her reckless behavior and out-of-control drinking were starting to scare her. She had to clean up her act, and that would never happen with Hawke around. Cutting him loose was the hardest thing Vale ever had to do—until now. Because she’s still crazy about Hawke. And if he could ever learn to forgive her, they just might have a future together.

And the Sugar Bowl series is one treat you’ll want to read in order:
SUGAR DADDY
SUGAR RUSH
SUGAR FREE

“Sexy, raw, and edgy, yet layered with emotion and utterly compelling . . . Sawyer Bennett does it again with Hawke!”—Award-winning author Katie Rose

“Utterly irresistible . . . a worthy addition to the Cold Fury hockey series . . . I loved Hawke’s nature, which had a classic alpha-natured edge to it.”—The Romance Reviews

“I love hockey romance and Sawyer Bennett does a nice job with this series.”—Smexy Books

Includes a special message from the editor, as well as an excerpt from another Loveswept title.