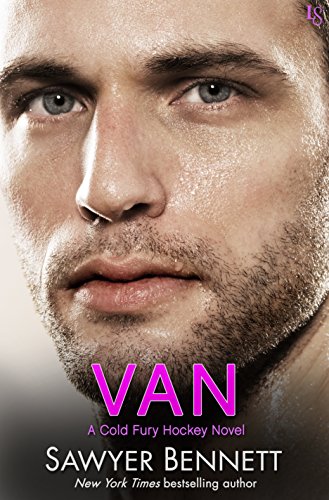 USA TODAY BESTSELLER • Score one for the Carolina Cold Fury hockey team as a stone-cold badass melts for a woman who makes his blood run hot.

As one of the league’s toughest enforcers, Van Turner is ruthless on the ice. He plays hard because it’s the only way to channel the rage boiling inside, and a reputation as an A-hole is better than everyone knowing the truth. Van has spent his entire life running from a secret that’s kept him from getting involved in relationships—or accepting lucrative deals with East Coast teams. Then the Carolina Cold Fury makes him an offer he can’t refuse . . . and Van meets a woman he can’t resist.

Simone Fournier is the stubborn one in her family—and that’s saying something, considering her brothers are two of the Cold Fury’s biggest stars. Simone gets what she wants, and what she wants is Van. Still, there’s a part of him Simone can’t reach, no matter how hard she tries. In private, he’s all fire and passion. In public, he freezes her out. Van may want to push her away, but Simone won’t let him go that easily. Because this time, she’s playing for keeps.

“Easily read as a standalone. Trust me, you want to read this extremely hot hockey book!”—Red Cheeks Reads

“​I swear that from the second I cracked open [Van] I was immediately in love with this book. . . . Sawyer Bennett knocked it out of the park with the newest story in the Cold Fury series. I couldn’t get enough!”—About That Story (five stars)

“Van by Sawyer Bennett will make you fall in love with the Cold Fury Hockey series all over again!”—Hypable

“A hot, fast-paced contemporary romance . . . with characters you want to get to know better, as well as a storyline to keep you invested.”—(un)Conventional Bookviews

“Van is a bold and lively addition to the author’s Cold Fury Hockey series.”—The Reading Cafe

And the Sugar Bowl series is one treat you’ll want to read in order:
SUGAR DADDY
SUGAR RUSH
SUGAR FREE