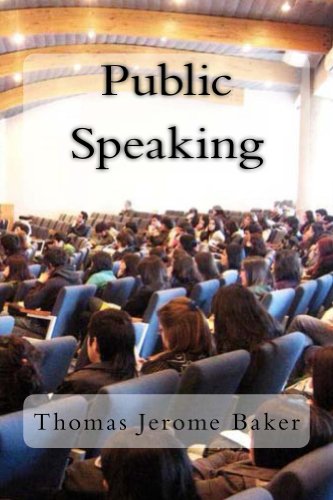 To be a good public speaker, never give up. Face your fear. “Not everything that is faced can be changed, but nothing can be changed until it is faced.” ~ James Baldwin

I study people, I do what ancient speakers did to train themselves, like Demosthenes, an ancient Greek lawyer from Athens who was often humiliated and made fun of due to a speech impediment before becoming a much admired public speaker. And then who can forget England's King George, a man with a stammer and a nation to lead. To lead a nation, in wartime, you must speak to your people - in public - in spite of your speech impediment, despite the stammer, despite the fear.

I share people and stories and activities that helped me. I am convinced you will be helped, there is something here that will aid you in overcoming your fear. At the very least, by knowing my experience, you will know that public speaking fear is normal, and using the information that helped me, begin to search for your own way of dealing with your fear.

In fact, it must be your way. You are the one who suffers, and you must help yourself. Know you are not alone. I admit that speaking in public scares me to death, and I am a teacher of English, a leader, a person responsible for helping young people reach their full human potential.

Nonetheless, I am afraid of public speaking, always have been, and always will be. That fear is constant. It is a feeling of sheer terror, when you are about to open your mouth in public, and risk humiliation if what you say, or don’t say, is foolish.

It is the kind of fear that is best resolved by simply, well...just being quiet, literally keeping your mouth closed. Except that doesn't make the problem go away, it only defers it for another day. It's like being haunted by a ghost, when the night comes, the phantom returns, the fear of public speaking visits us again.

In fact, many studies have shown that people fear public speaking more than death! This makes sense to me. Death happens only once, with public speaking we die a thousand deaths!

A common myth about the fear of public speaking is that it’s possible to completely eliminate it. In my case, I can't eliminate it, but I have learned to control it, to make it work for me, not against me. You can too.

Even the most confident public speakers, people like Bill Gates, Barack Obama, Tina Fey, Warren Buffet, Socrates, Aristotle, Demosthenes, Cicero, Thomas Jerome Baker, will all tell you that they feel some degree of anxiety before stepping in front of an audience. Call it stage fright or phobia. Call it fear or simply nervous anticipation.

The fact is, we all have to overcome nervousness when we have to talk in front of a group, large or small. As the stakes get higher, you will feel anxiety. The most common way to try to eliminate your public speaking phobia is by "desensitization". As with any phobia, you have to put yourself through the anxiety-inducing experience so many times, again and again, until your body stops reacting to it, or until you learn how to make your nervousness and anxiety work in your favor, and not against you.

However, not only is this a long, difficult process, but most people give up before they reap the rewards for their efforts. If I have a secret, again, it's this: be perseverant. Never give up, and you will become the best public speaker you can be.