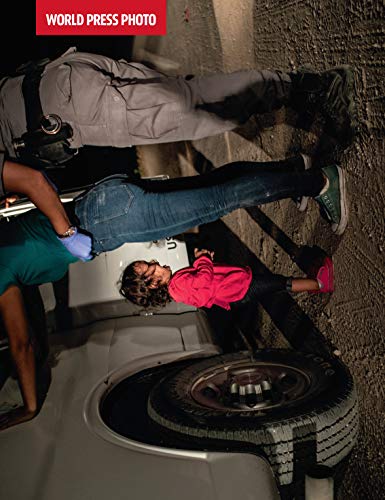 Reseña del editor Since 1955, the annual World Press Photo contest has set the standard in visual journalism. World Press Photo 2019 brings you the winners - the most striking images and compelling stories from 2018. Selected from 73,044 pictures taken by 4,548 photojournalists and documentary photographers from 125 countries, the prize-winning pictures are presented in a moving, sometimes disturbing document. World Press Photo 2019 both informs, and inspires an understanding of the world. Biografía del autor World Press Photo is an annual press photography contest, which primary objective is to support professional photojournalism, stimulate developments in photojournalism, encourage the transfer of knowledge, help develop high professional standards in visual journalism and promote a free and unrestricted exchange of information. ⠀ The World Press Photo Foundation announced the results of the 62nd annual World Press Photo Contest and the 9th annual World Press Photo Digital Storytelling Contest, at its annual Awards Show in Amsterdam, on 11 April. ⠀ The jury of the 2019 Photo Contest selected John Moore's image Crying Girl on the Border as the World Press Photo of the Year. The winning image shows Honduran toddler Yanela Sanchez crying as she and her mother, Sandra Sanchez, are taken into custody by US border officials in McAllen, Texas, USA, on 12 June 2018. ⠀ After this picture was published worldwide, US Customs and Border Protection confirmed that Yanela and her mother had not been among the thousands who had been separated by US officials. Nevertheless, public outcry over the controversial practice resulted in President Donald Trump reversing the policy on 20 June. ⠀ To put the spotlight on the stories that matter, this year the World Press Photo Foundation introduced the World Press Photo Story of the Year award. The jury chose The Migrant Caravan by Pieter Ten Hoopen (Netherlands/Sweden), as World Press Photo Story of the Year. ⠀ The winning series documents the largest migrant caravan in recent memory, with as many as 7,000 travelers, including at least 2,300 children, according to UN agencies. The caravan, assembled through a grassroots social media campaign, left San Pedro Sula, Honduras, on 12 October, and as word spread drew people from Nicaragua, El Salvador and Guatemala.